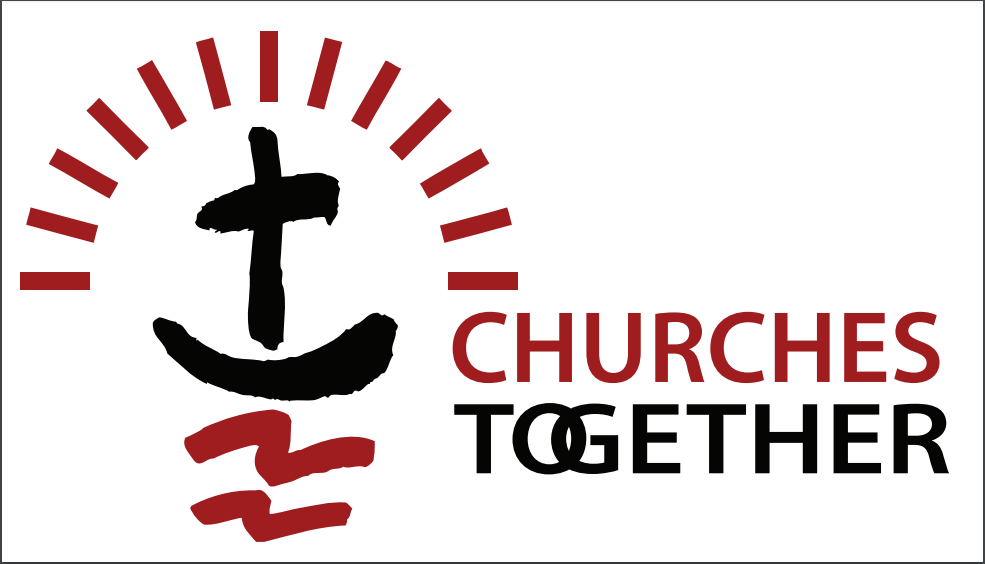 The disunity of Christians is a scandal to the world, and a hindrance to the Christian proclamation of the Gospel of Jesus Christ. In our local context we strive to do all we can to heal the wounds of division and deepen the real yet imperfect communion which exists between us through Baptism.

Where possible we worship and pray together and seek to proclaim the Gospel by common witness and service in our local communities and further afield.

Our activities together include:

The Catholic Church and Ecumenism
“The restoration of unity among all Christians is one of the principle concerns of the Second Vatican Council.” (Decree on Ecumenism)

“Today, in many parts of the world, under the inspiring grace of the Holy Spirit, many efforts are being made in prayer, word and action to attain the fullness of unity which Jesus Christ desires. The Sacred Council exhorts all the Catholic faithful to recognise the signs of the times and to take an active and intelligent part in the work of ecumenism.” (Decree on Ecumenism 4).

Why is Ecumenism important?
These quotations from the Decree on Ecumenism (“Unitatis Redintegratio”), shared 21st November 1964, remind and encourage Catholics to take part in ecumenical dialogue and so develop stronger relationships with those of other Christian Churches and ecclesial communities. By recognising that which unites us and discussing honestly our differences, we reach a deeper understanding and respect, which surely benefits the whole of humanity. Such dialogue results in greater understanding and mutual respect; respect which open up the way to new initiatives. The encouragement, which has sprung forth from the Decree, has led to great changes over the past fifty or so years.

”Remarkable progress…yet much remains to be done.”
Successive popes in recent times have furthered the cause of unity. Pope Benedict XVI, during his Papal visit, joined Archbishop Rowan Williams on 17th September 2010 at Westminster Abbey for Evening Prayer.

“I come here today as a Pilgrim from Rome, to pray before the tomb of St. Edward the Confessor and to join you in imploring the gift of Christian Unity.”

“ This year, as we know, marks the hundredth anniversary of the modern ecumenical movement, which began with the Edinburgh Conference’s appeal for Christian Unity as the prerequisite for a credible and convincing witness to the Gospel in our time. In commemorating this anniversary, we must give thanks for the remarkable progress made towards this noble goal through the efforts of committed Christians of every denomination. At this same time, however, we remain conscious of how much yet remains to be done.

Jesus said to his disciples: "I tell you, everyone who acknowledges me before others the Son of Man will acknowledge before the angels of God.
But whoever denies me before others will be denied before the angels of God.
Everyone who speaks a word against the Son of Man will be forgiven, but the one who blasphemes against the holy Spirit will not be forgiven.
When they take you before synagogues and before rulers and authorities, do not worry about how or what your defense will be or about what you are to say.
For the holy Spirit will teach you at that moment what you should say."

You descendants of Abraham, his servants,
Sons of Jacob, his chosen ones!
He, the LORD, is our God;
throughout the earth his judgments prevail.

He remembers forever his covenant
which he made binding for a thousand generations.
Which he entered into with Abraham
and by his oath to Isaac.

For he remembered his holy word
to his servant Abraham.
And he led forth his people with joy;
with shouts of joy, his chosen ones.